Which company has done the most to support the foodservice light equipment and tableware sector?  Which sales person has gone the extra mile?  Which individual should be recognised for their exceptional dedication and commitment to the industry?  FEA unveiled the latest winners of the annual Light Equipment and Tableware Forum Awards on Tuesday 10th May, during the Forum’s popular charity dinner at Whittlebury Hall, Towcester.  The first two awards, the Distributor Cup and Sales Professional of the Year, were announced by Steve Goodliff, chair of the FEA Light Equipment and Tableware (LET) Group.

The Distributor Cup recognises the distributor company that has done the most to support the promotion and sales of light equipment and tableware during the last year.  This award is voted for by the members of the FEA LET Group, which produced a shortlist of three companies: Alliance Disposables, Brakes, and Stephensons.   The winner, for the fourth year in a row, was Alliance Disposables Limited. Jack Duffy of Alliance was on hand to pick up the award for the company.  Steve Goodliff commented, “Alliance’s consistency and support is simply outstanding.  Huge congratulations to the team for winning yet again.”

The Sales Professional of the Year is awarded to the person who has contributed most to the sales of utensils and smallwares over the last year. It could be that they made a significant one-off sale or contract win, or it could be they added value to the business by helping a customer to identify key products relevant to their operation.   The shortlist was Euan Stirling from Stephensons, Jodie Musgrove from Brakes, and Rob Priest from Parsley in Time.   The 2022 award went to Jodie Musgrove from Brakes, who won for the second time in a row.  Sadly she couldn’t be at the event, so Tina Carter of Brakes accepted the award on her behalf.

“Jodie has done an outstanding job and is a well deserving winner,” said Steve Goodliff. “Her hard work has not gone unnoticed: to win twice in a row is outstanding.”

The Donald Bird Award was presented by Donald’s son, Mike Bird.  It recognises an individual who has gone the extra mile and had a significant impact on the light equipment and tableware industry.  The 2022 winner, who recently retired from FEM, has been described as ‘one of a kind’ and ‘one of the industry’s most flamboyant and popular figures.’   As he accepted the award the audience stood to give him a standing ovation.  He is Martin Shaw.

The dinner raised £890 for St John Ambulance, which was Donald Bird’s chosen charity. 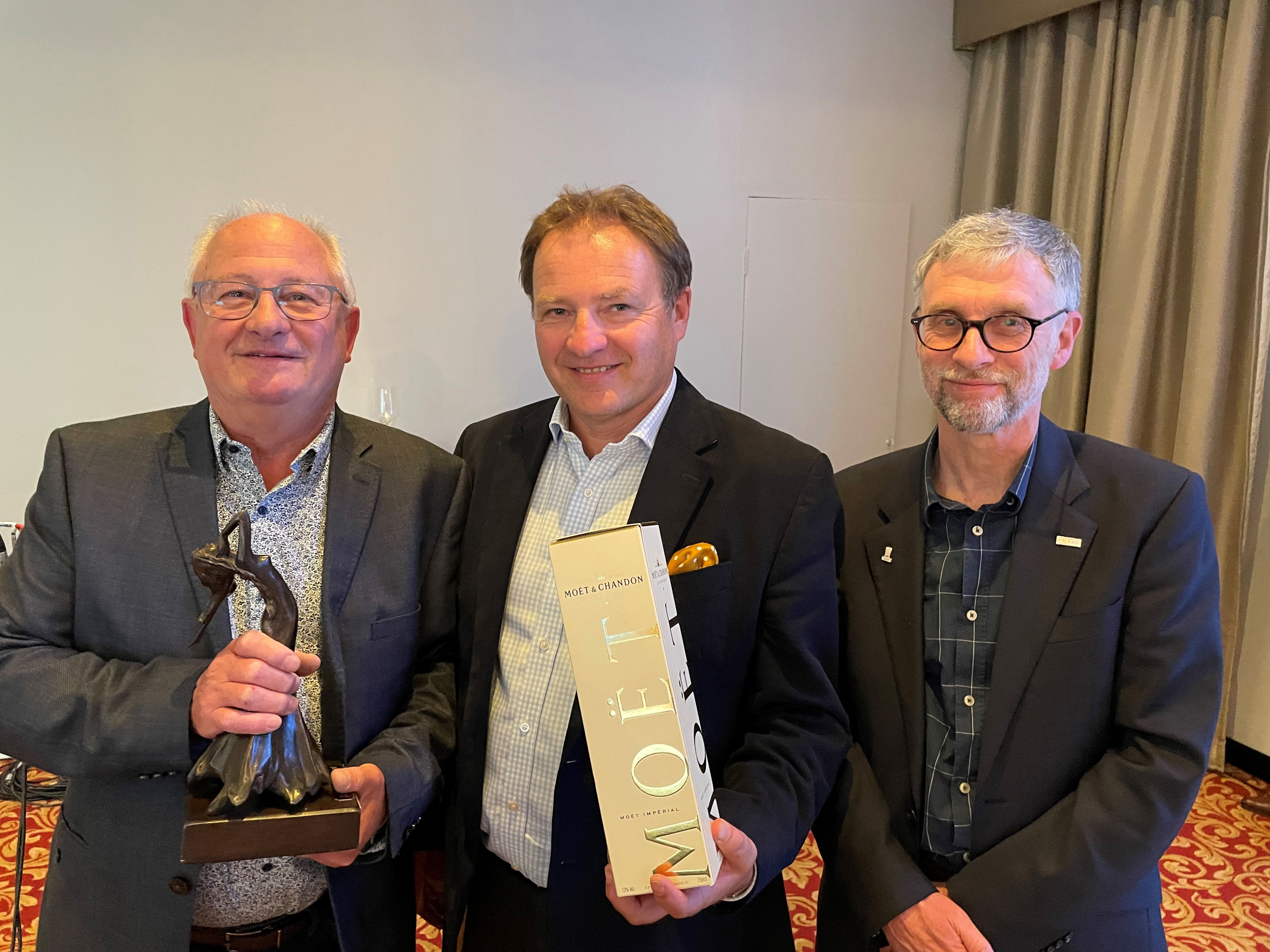