CEDA has awarded a Legacy Honour to FEA’s chief executive, Keith Warren.  The award recognises the legacy that Warren has created in his 20 years with FEA (formerly CESA).

Former CEDA chair Jack Sharkey precented the Honour, saying, “Keith has led FEA to many great achievements and through many challenging times, with drive and commitment.  He’s worked to promote the industry, driving the sector forward and ensuring that its voice is heard in the right corridors.”

Warren was totally taken by surprise with the honour.  ““Thank you all, I wasn’t expecting that!” he said.  “I have to thank a fantastic secretariat team that we rely on as trade association directors.  Jocelyn, who’s our membership and events manager; Adam, who’s our marketing manager, and Sarah-Jane, who underpins it all with administration. It is genuinely a team effort and I would like that to be recognised tonight.”

He added, “I’d also like to thank every FEA chair I’ve had the privilege of serving under and to thank all those FEA members who, over the years, have contributed their time voluntarily to the work that we do.”

CEDA’s Legacy Honours are awarded to ‘outstanding individuals who have played a role in creating a tangible legacy that has made a considerable positive difference, enriched lives, served with dedication, passion and commitment and have cast an indelible history within the UK catering equipment sector.’ 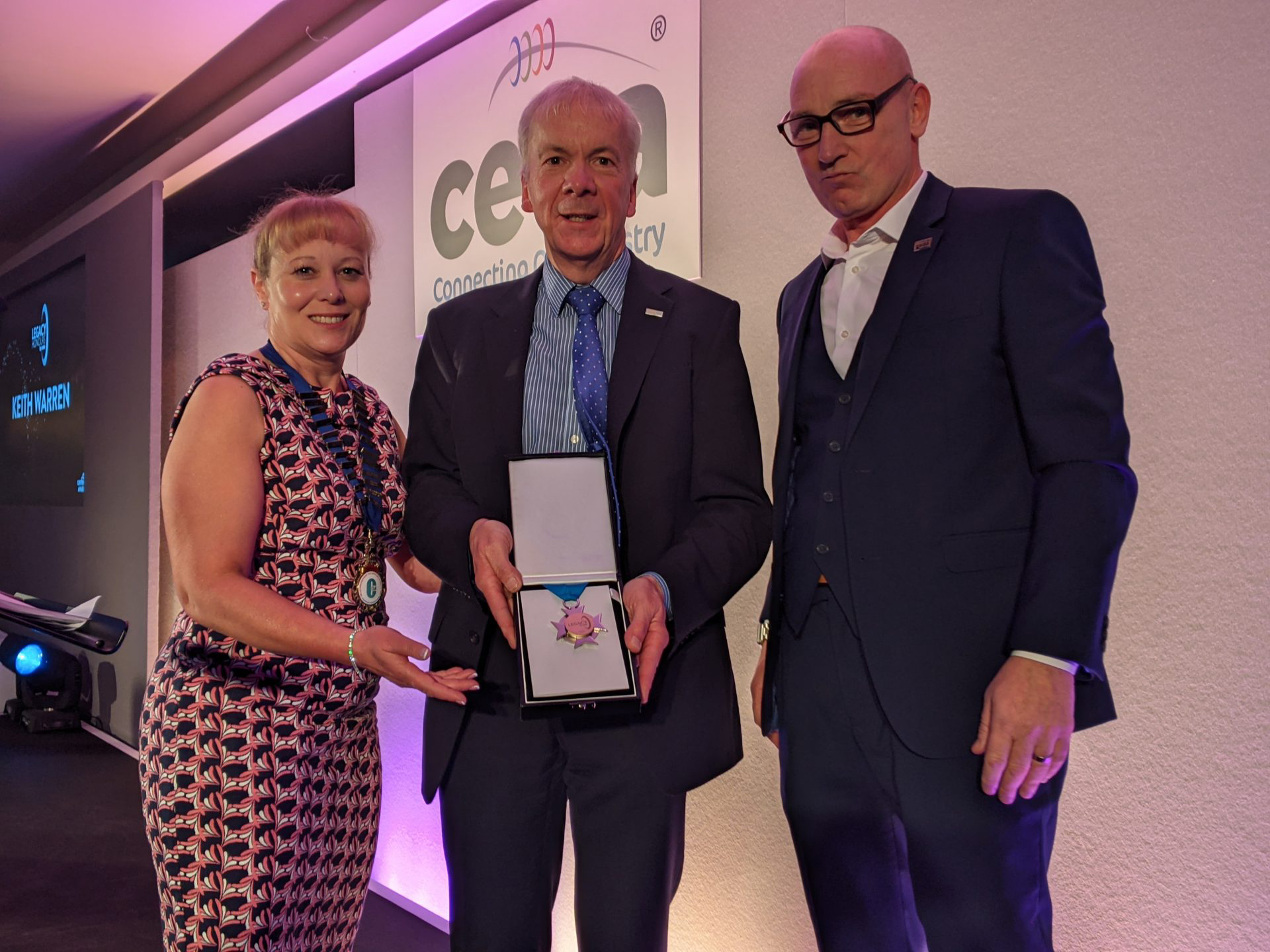